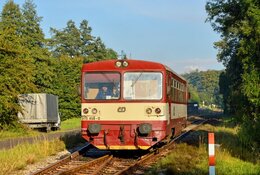 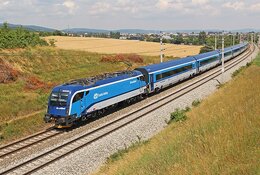 Can you walk from the station to the (old) city centre?
Yes, the station is located just east of the centre of the city.

Which trains run to Budweis?

Are there direct trains to major cities nearby?
Yes, to Prague, Linz, Cesky Krumlov and many other places.

About Budweis
This South Bohemian town was founded in the 13th century. It is known for its gothic, renaissance and baroque architecture. This city can easily be reached by train from both Prague and Linz (Austria).

Budweis - Hotels near the station

All trains of RegioJet are bookable through HappyRail.

When travelling on an Interrail or Eurail Pass you can make your reservations on HappyRail.com as well. Simply fill in your departure and destination station to book the reservation.