About Belgium
Visit the famous Belgium historic cities by train. Explore historic cities in Flandres like Bruges and Ghent. Or visit the capital of Belgium, Brussels, with its famous Market Square and Manneken Pis.  Or discover the harbour city of Antwerpen. The battle fields of Waterloo and Ieper (Flandres Fields) are also easy reachable by train.

Is the Interrail / Eurail Pass valid in Belgium?
Yes, it is! Please keep in mind that for the Thalys and Eurostar a seat reservation may be required. 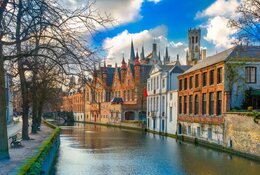 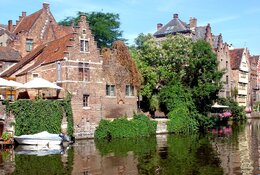 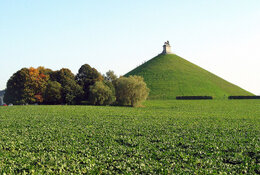 Ypres and Dunkirk by train

How to book train tickets to Belgium

HappyRail is the best way to find all prices for trains in Europe and book cheap train tickets. You can book all promotions, dicounts and last minutes with us: you get the complete offer. Start searching now and find all fares and rail tickets in Belgium!

Eurostar fares from London to Brussels start at €36 for a single journey. Eurostar requires a compulsory reservation which is included in the price. For a supplement of about €6 you can book a trough ticket to any Belgium station (bookable through HappyRail). Eurostar sales open 6 months before travel date, book early to get the cheapest fares.

German ICE-fares start at €19 for short journeys like Aachen-Liege and €39 for longer journeys like Frankfurt-Brussels. Seat reservation is optional for €4,50 p.p. Tickets are for sale 3 months before travel date.

For the Intercity services to the Netherlands fares are priced per kilometre, tickets are valid on any train which run every hour (reservation not required). Special return fares are availalbe for same-day returns after 9am and returns within weekends and holidays.

How to travel by train to Belgium

High speed Eurostar run from London through the Channel Tunnel to Brussels about 10 times daily. For Eurostar there is a compulsory check-in in both London St Pancras and Brussels South Station.  All trains also call in Lille in the Northern of France.

Thalys is the high-speed service from Paris and Amsterdam to Brussels. Trains to Paris run every hour (every 30 minutes in peak hours), to Amsterdam about 12 times daily.  About 5 TGV's daily like Brussels with Aeroport Charles de Gaulle, Marne La Vallee (for Disneyland Paris) and cities in the southern of France like Lyon, Avignon, Marseille and Nice.

The connection from Brussels to Germany is provided by Thalys (5 services daily to Aachen and Cologne of which 3 continue to Düsseldorf, Essen and Dortmund) and ICE (3 times daily to Aachen, Cologne and Frankfurt). Local trains run every 2 hours from Liege to Aachen.

Domestic Belgian trains run every hour with connections every 30 minutes on busier routes. Reservation is not possible, you can take every train which suits you.