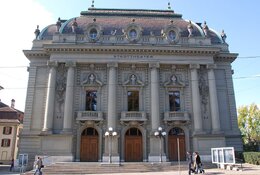 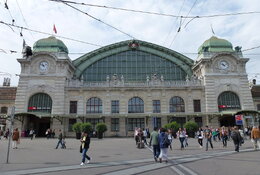 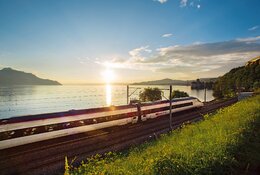 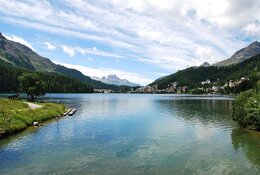 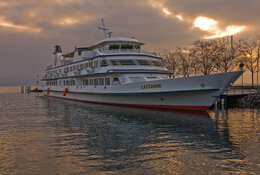 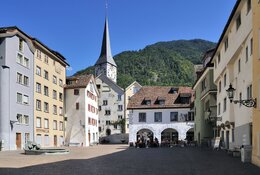 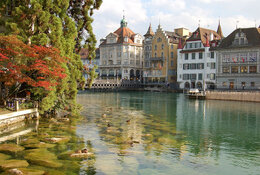 The Swiss Railways are the best in Europe, travelling by a panoramic train through Switzerland is a holiday itself. Take the world famous Glacier Express from St Moritz to Zermatt over the Albula Railway, Rhine Canyon, Oberalppas to the pittoresque village of Zermatt. Or travel the Bernina Express over the more than 2200 metres high Bernina Pass from Chur into Tirano in Italy.

Many mountain summits are connected by frequent railways or cable cars.  Travel to the Jungfraujoch and enjoy the views over the Aletsch Glacier or take the Gornergrat-Railway from Zermatt and see the Matterhorn at it's best.

Switzerland by train - Book your tickets

How to book train tickets to and in Switzerland

Book all train tickets to Switzerland here at HappyRail! Use our journey planner at the top of this page and select tickets.

Fares for TGV-trains from France to Switzerland (Geneva, Lausanne, Bern, Basel and Zürich) start from €25. Reservation for these trains is compulsory, booking opens 4 months before travel date.

The German Railways offer cheap "Sparpreis Europa"-fares from any station in Germany to all destinations in Switzerland. Prices start at €19 for short journeys like Freiburg-Zürich and €39 for longer trips like Berlin-Zermatt.

Trains from France
From France connections are offered by TGV Lyria, a co-operation of SNCF and Swiss Federal Railways SBB. Four TGV’s connect Paris and Basel (travel time 3h4min), of which one continues to Bern and three to Zürich.

The Swiss city of Lausanne is connected with 5 daily TGV’s (3h40min), Geneve is being served by 8 TGV’s daily from Paris, travel time is 3h10min.

Trains from Germany
From Germany frequent ICE/EuroCity-trains run from Frankfurt to Zurich, Basel and Bern.

A couple of these trains start in Hamburg, Berlin and Amsterdam and continue to Interlaken in the Bernese Oberland and Chur in Grisons.

A two-hourly Intercity connects the cities of Stuttgart and Zürich, four daily EuroCitys run from Munich to Zürich.

Trains from Austria
Austrian RailJet-trains run every 2 hour from Vienna, Linz, Salzburg and Innsbruck to Zürich.

A daily EuroCity connects the Austrian city of Graz with Zürich via Zell am See and Innsbruck. Daily EuroNight-trains operate from Vienna, Budapest and Zagreb to Zürich.

Regional trains operate frequent from Domodossola to Brig and Como and Milan to Lugano.

The scenic Bernina Railway runs from Chur and St Moritz to Tirano every hour with connections to Milan. The Centovalli-Railway from Domodossola to Locarno is also very scenic.

Trains within Switzerland
Domestic Swiss trains run frequent and are the most punctual within Europe. Trains between the largest cities run every 30 minutes with connections every hour available to virtually any town or village.

The bright-yellow postal buses run up to nearly every valley in the county.  Many summits and remote mountain settlements are connected by cable cars or rack railways.

The coördination of public transport in Switzerland is unique in Europe. Waiting times between trains are short and easy, the connecting bus or train will wait in case of a delay.

The Glacier Express connects St Moritz in Grisons with Zermatt in Valais via the Albula-railway, Rhine-Canyon and Oberalppas.

The Bernina Express runs from Chur in Grisons over the Albula and Bernina Railway to Tirano in Italy and is listed as one of the prettiest routes in the world.

The GoldenPass Line runs from Lucerne via Interlaken in the Bernese Oberland to Montreux on Lake Geneva.