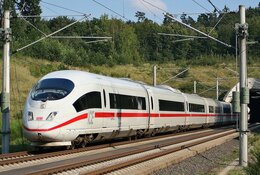 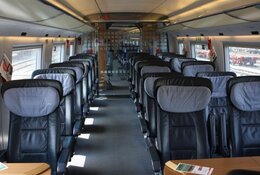 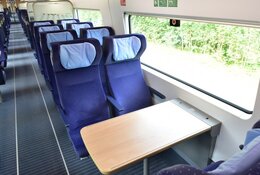 What is the name of the main station in Frankfurt?
Frankfurt(Main) Hauptbahnhof is the central station.

Can you walk from the station to the (old) city centre?
You can either walk about 20 minutes to the city centre or take a metro (underground).

Which trains run to Frankfurt?

Are there direct trains to major cities nearby?
Yes, to both national and international destinations. For example to Milan in Italy, to Amsterdam in The Netherlands, to Paris in France. Also to Berlin, Munich, Freiburg(Breisgau) and many other destinations.

About Frankfurt
Fincancial capital of Germany. Visit Frankfurt's historic Old Town Römerberg. See a concert in the Old Opera House and have drink in the Hauptwache which is an old Police Guard House. Frankfurt have very well domestic and international train connections.

Frankfurt Hbf - Hotels near the station

How to book cheap train tickets in Germany: