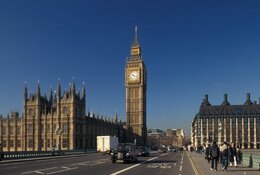 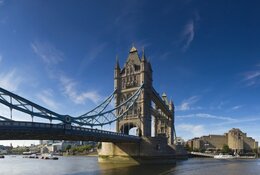 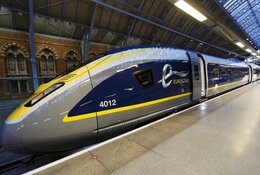 What is the name of the main station in London?

Since there are many stations in London, there is no question of a central station. The stations that are there each have their own part of the rail network that is being served. Internationally, the London Sint Pancras station is important because of the handling of Eurostar.

Can you walk from the station to the (old) city centre?

The stations from the above list are all centrally located, each in their respective neighborhood / district.

Which hotels do you recommend near the station?

Check the tips for hotels on this page, at the station information.

Which train services run to London?

Are there direct trains to major cities nearby?

Almost all train companies connect London with the regions they serve further. That means that whatever wind direction you want to travel by train, you can start your train journey in London.

Among the many destinations that are directly accessible from London a number of examples:

Do you offer all train tickets to London?

Yes, we offer all train tickets - always the best price, no booking fees and e-tickets!

Millions of people visit London every year. And that is not for nothing. The extensive metropolis has many attractions such as Westminster Abbey, St Paul's Cathedral, Buckingham Palace and The Tower Bridge. In addition, the living character of the mega-city is contagious.

Those who want to escape the hectic pace of the city can go to one of the city parks, of which Hyde Park is the best known and largest. Here you share the green with countless, little shy squirrels.

The British capital has a history dating back to the beginning of the era when the Romans built a settlement on the edge of the Thames. That settlement has since grown into a metropolis with 7.5 million inhabitants.

In addition to all historical and modern attractions, the numerous small-scale pubs are also worth a visit. In such a pub the feeling of the giant city quickly disappears and you might as well be in a small town in Wales in the local pub.

For those who want to shop, London is a small paradise. London is a shopping destination par excellence with well-known stores such as Harrods.

"London St Pancras" is one of the main stations in London and is the starting station for Eurostar-trains to Brussels, Amsterdam, Lille and Paris.

"London Euston" is one of he main stations in London and is the starting point for high speed trains to Manchester and Edinburgh.

Check the large departure boards to find the right train - if it's not clear do not hesitate to ask one of the many helpful staff.

London Euston - Hotels near the station

"London Kings Cross" is one of the main stations in London and is the starting station for trains to York, Newcastle and Cambridge.

"London Paddington" is one of the main stations in London and is the starting station of all trains of Great Western Railway to Bristol, Exeter, Cornwall, Cardiff and Swansea.

Check the large departure boards to find the right train - if it's not clear do not hesitate to ask one of the many helpful staff.

London Paddington - Hotels near the station

How to book cheap train tickets in Great Britain: