Use our journey planner at the top of this page to find all tickets from Amsterdam to Paris.

Buy all cheap train tickets here at HappyRail for the train from Amsterdam to Paris. The best chance to get cheap tickets for the Thalys between Amsterdam and Paris is to book early, you can buy tickets up to three months in advance, and / or avoid weekends and rush hour trains.

Trains from Amsterdam to Paris

Everyday you can take up to eleven direct trains between Amsterdam and Paris. The first train starts very early in the morning, the last train departs early in the evening. The travel time between the two cities is 3 hours and 18 minutes. Between Brussels and Paris and Rotterdam and Amsterdam the Thalys reaches speeds up to 300 km/h.

Is is also possible, and sometimes cheaper, to take the intercity train from Amsterdam to Brussels and change to the direct Thalys from the Belgian capital to Paris. The journey takes about 1.5 hours longer, but can save you a lot of money.

If you are travelling with a bike, you are not allowed to take the Thalys unless you completely fold your bike. But here is a good alternative: take the regular train from Amsterdam to Lille with one change in Antwerp and take the direct TGV from Lille to Paris. Not all but a few TGV's have special places for bikes on board. Only for the TGV you have to make a reservation. You can take your bike from Amsterdam to Lille just with you, but you have to a special inyternational bicycle ticket at the station.

If you book early the cheapest fares for trains from Paris to Brussels start at € 35. If you wait to the last moment ticket prices rise to app. € 135.

There are no  night trains running anymore between Amsterdam and Paris.

The route from Amsterdam to Paris is through flat land in The Netherlands and Belgium and some hilly scenery in France; the scenic highlight is the passing of the Moerdijkbrug, the bridge crossing the "Hollandsch Diep", a very wide river.
In France and Belgium the train is running besides a highway; it's almost unreal to see the cars as if they are parked, that's a spectacular part.

Amsterdam Centraal - Hotels near the station 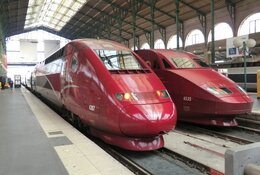 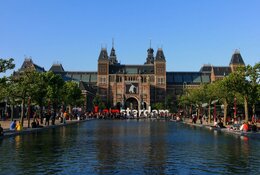 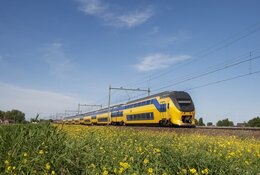 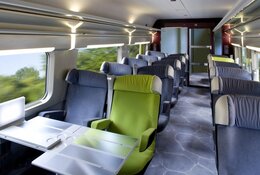 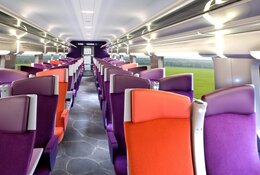 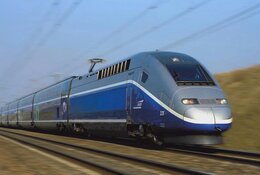 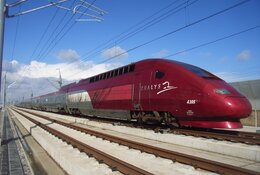 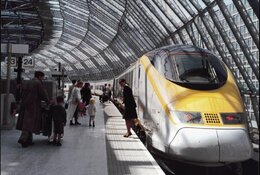