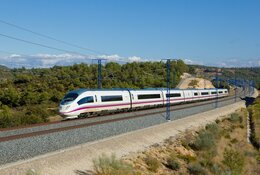 What is the name of the main station in Cordoba?
Cordoba-Central is the central station.

Which trains run to Cordoba?

Are there direct trains to major cities nearby?
Yes, to many cities like Sevilla, Cadiz, Jaen, Madrid, Barcelona, Malaga.

About Alicante
Visit the city of Córdoba and get to see the sights which were built during the Islamic empire. Córdoba is easy to get to from Barcelona, Madrid and surrounding cities.

Cordoba Central is the name of the main station in Cordoba. AVE-trains run very regularly to Madrid, Seville and Barcelona.

Cordoba Central - Hotels near the station