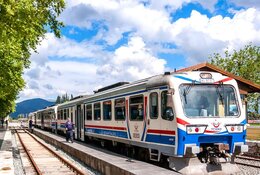 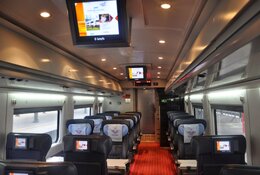 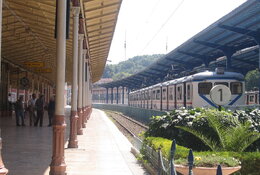 What is the name of the main station in Istanbul?
The Istanbul Sirkeci train station is the station where traffic from and to Bulgaria and Greece goes. On the other side of the Bosporus lies the train station Pendik, where the Turkish Railways operate their high speed lines from.

Can you walk from the station to the (old) city centre?
The Sirkeci train station is near the Topkapi Palace in that part of the city.

Which trains run to Istanbul?

Are there direct trains to major cities nearby?
Yes, to Konya and to Ankara.

About Istanbul
Being a huge city, Istanbul has a variety of tourist attractions, restaurants, nightlife spread across multiple districts.

Istanbul Sirkeci - Hotels near the station

Travel by train through Turkey. Book a rail pass for various days or a single ticket. For the Balkan Countries you can book the Balkan Flexi Pass, Interrail One Country Pass and Eurail One Country Pass. When travelling on a Interrail or Eurail Pass you can make your reservations on Happyrail.com as well. Simply fill in your departure and destination station to book the reservation. For single tickets you can click here to contact us.