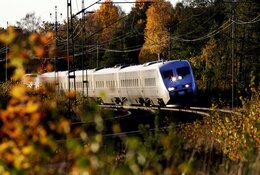 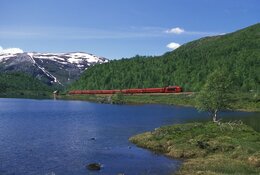 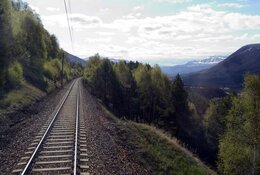 What is the name of the main station in Oslo?
Oslo Sentral (Oslo S) is the central station.

Which trains run to Oslo?

Are there direct trains to major cities nearby?
Yes, to Trondheim, Stockholm, Bergen, Kristiansand, Lillehammer and Goteborg. Also to smaller towns in the area.

About Oslo
Oslo is the beautiful, small-scale capital of Norway. Because of the location between three hills and the sea you can quickly get into nature from Oslo. Also, it's the starting point of the Bergen Railway. The most beautiful railway line in Norway, which connects the national railway network to the Flaamsbanen.

The name of the main station of Oslo is Oslo Sentralstasjon.

Oslo S - Hotels near the station

How to book cheap train tickets in Norway: